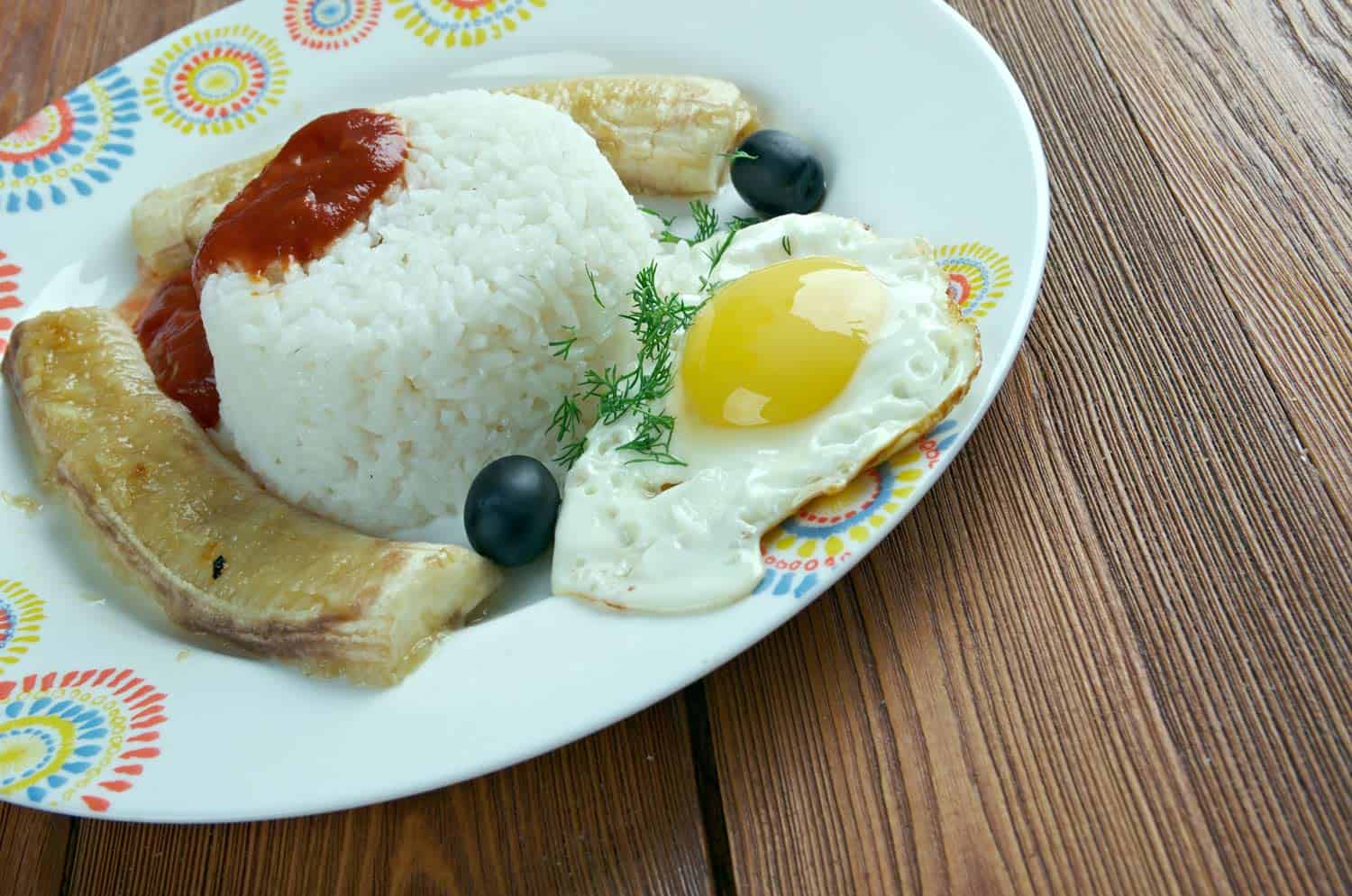 Cuban rice is quite a simple recipe, well known and tasted worldwide. Although, inside of Cuba it is not usually called this way, it’s better known as rice with egg and a ripe plantain.

In spite of being a typical dish of Cuban gastronomy, this rice is had traditionally in the Spanish region of the Canary Islands.

This is due to the fusion both cultures, Spanish and Cuban, during the times of the Colony, which also included gastronomy, sharing dishes from one to the other.

Nowadays, Cubans prepare an endless number of recipes with a Spanish origin, as well as Spaniards enjoy Cuban cuisine in many of their regions, and Cuban rice is an outstanding example of this.

How to make Cuban rice?

This recipe is quite simple. It consists of cooking the white rice and to accompany it with a fried egg and ripe plantain, getting a perfect balance between sweet and salted flavors.

If the tomato puree gives it too much acidity, we recommend you not include it in this recipe, you’ll enjoy the essence of this dish the same.

Cuban rice has some variants which consist in substituting the way of preparing of the egg, using scramble eggs instead of a fried egg.

Likewise, some versions prefer to add sausages and bacon instead of a ripe plantain, but generally, we prefer the original version.

The fried ripe plantain can be presented in two ways, either in an elongated form or cut in portions.

To make the rice you can use the variant you’d like; nevertheless, the ideal one to prepare this recipe is the round grain one. 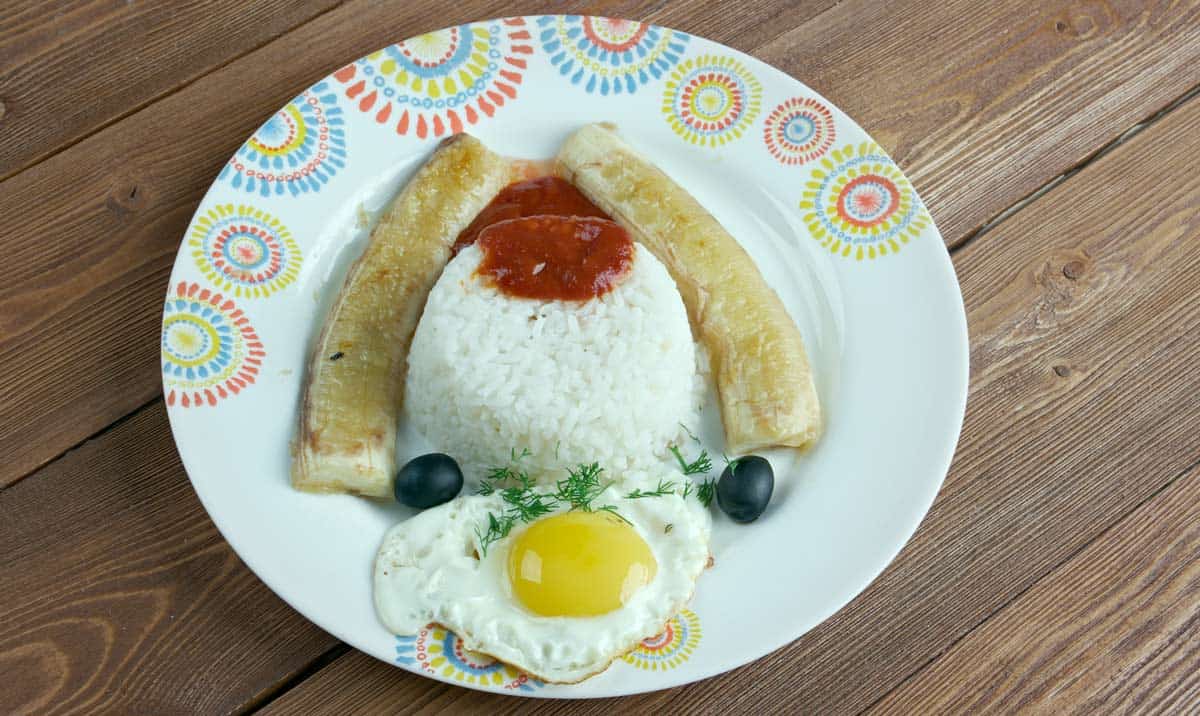 Prepare authentic Cuban rice, a basic, simple and delicious recipe, ideal to get you off the hook by needing little time to cook when you’re running out of time.

How to prepare homemade Cuban rice

Start by cooking the rice. Put a pot on medium heat and add the oil; when it’s hot, sauté the garlic for a minute, add the rice and sauté for another minute or more until the grains turn transparent.

Then, add the water and the salt, let it stay until it starts boiling approximately within 3 minutes; at this point reduce the heat to low and let it cook with the pot half covered for about 15 minutes without stirring.

When you see holes on the surface it’s a sign the rice is ready. Taste the grains to check if they’re well cooked. Turn off the stove and take the pot off it, cover it up and let it rest for 10 minutes, so the remaining steam finishes cooking it.

To fry the eggs use the same hot oil, place them one by one, add a pinch of salt in each one and fry for 30 seconds or a minute while sprinkling hot oil over the eggs using a spoon or skimmer. When they get the cooking-level you desire, drain them to remove the extra grease and set aside on a plate.

Now, it’s time to present the dish. Put the hot rice into a glass or a round bowl, press it a bit using a spoon and then turn it over on the plate.

Pour over it or around it the hot tomato puree, place the fried egg and next to it two portions of the plantain. The ingredients used in this recipe are for two rations.

Thus, in this simple way we prepared delicious Cuban rice 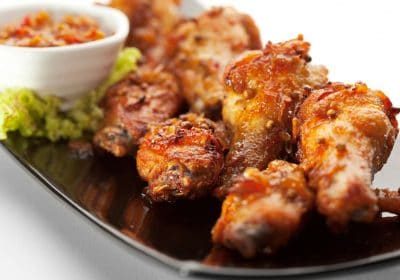