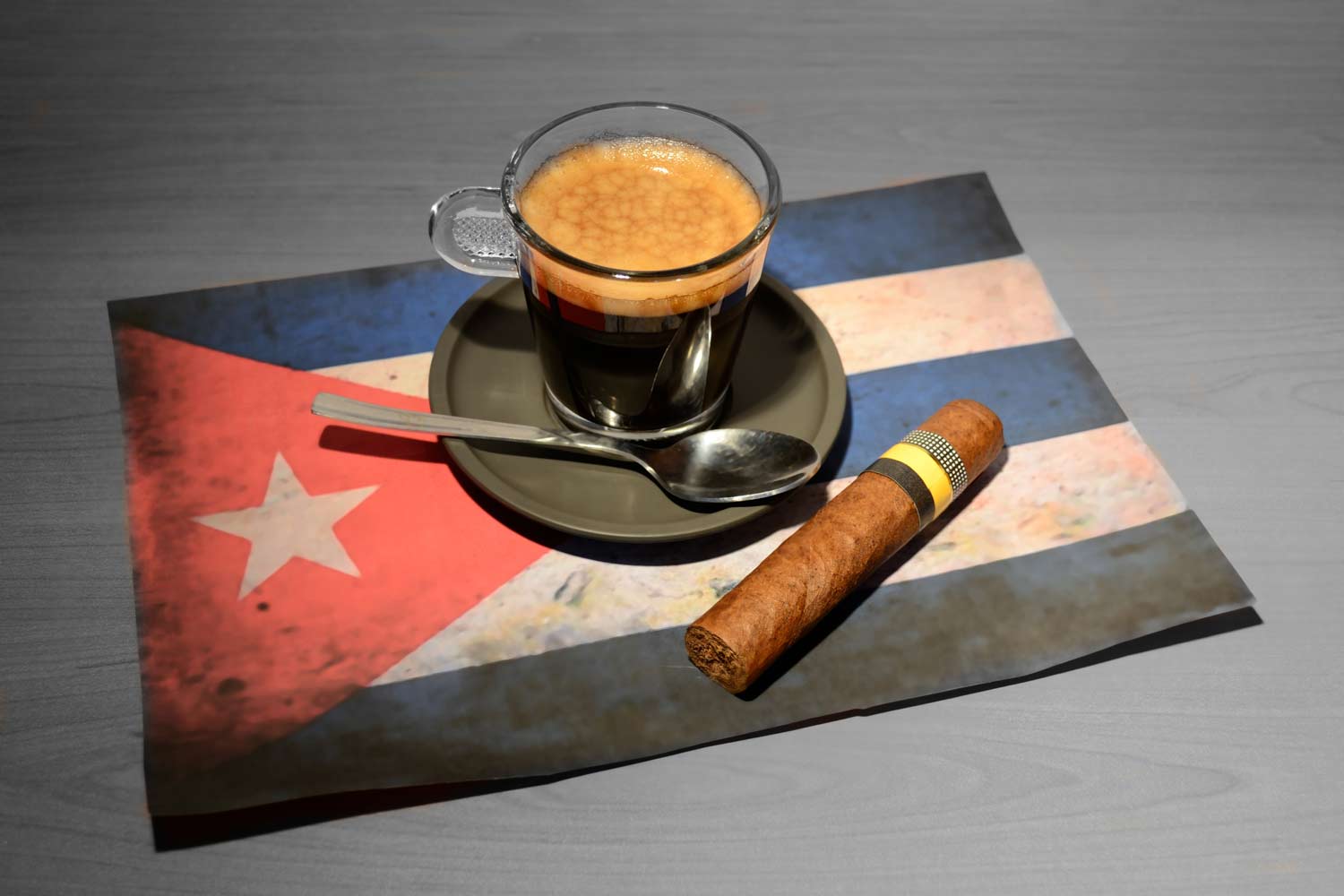 Drinking a cup of Cuban coffee is a tradition of more than 200 years for all the people of the island.

Not only in Cuba but also Cuban-Americans living in the United States relate to this everyday habit.

And the custom has been extended to every part of the world where there is a Cuban; and he or she, without any doubt, cannot remain for too long without drinking that cup of pure coffee.

Likewise, everyone who has visited the island has surely savored at least a sip of Cuban coffee, leaving many excited to repeat the experience.

The good news is that in Cuba you can enjoy good coffee anywhere, coffee shops, restaurants and the preferred place is the pleasant atmosphere of each home.

There is no pretext for Cubans to drink one or more cups of coffee every day, but still, the reasons for doing so are many.

It just takes a cup of coffee early in the morning to start the day fresh and full of energy; or drinking it while talking with friends or any visitor.

Inside and outside of Cuba, our coffee is a symbol of pride, tradition and courtesy for all our guests.

The coffee plant arrived in Cuba around 1748, when the first coffee plantation on the island was also founded.

However, the coffee boom took place towards the first decades of the 19th century, placing Cuba in first position of coffee exporter worldwide.

How to make Cuban coffee?

Cuban coffee is characterized by its strong flavor since it is made from the darkest roasted grain.

It is served in small cups, always covered with a foamy layer very similar to espresso of a chocolate brown color called by Cubans, espumilla.

Another of its peculiarities is that it is already offered sweetened, firstly because this is where the secret that differentiates it from the rest lies; and secondly because we get a more pleasant experience than when we take the sugar directly from the table.

The traditional way of making a good Cuban coffee is in an Italian coffee maker or mocha coffee maker, some of them are up to 4 cups, but there are also smaller ones.

In rural areas, however, native Cuban coffee is made in a kind of cloth funnel, called empinado or colador (strainer).

Using this method, only the desired amount of coffee powder is added to the cloth funnel and then the boiling water is added.

An aluminum cup is placed under the funnel, but if you want it darker and stronger you will repeat this operation, but this time the water is not used but the coffee that was already strained.

Later, we will explain in detail the proportions and secrets to prepare the best Cuban coffee.

We will do it using an Italian 4-cup coffee maker, but you can do it using the equipment you’ve got.

The important thing is that you learn the trick that makes our coffee unique anywhere in the world.

Like any preparation, Cuban coffee also has its variants; two of the best known ones are the famous cortadito (espresso with a dash of milk) or the typical white coffee.

The cortadito is topped with a thick layer of steamed milk and the white coffee is usually always included in the Cuban breakfast accompanied by a slice of bread.

What are the best known Cuban coffee brands?

Those who visit Cuba and have tried its coffee, most likely want to return with a bag to prepare it on their return home.

Although in most cases this is not necessary because you can easily find the best brands of Cuban coffee outside the island.

The Bustelo and Pilón coffee brands are two of the most popular, they are products of a family brand originated on the island during the coffee boom in the 19th century and that maintain its Cuban authenticity.

Other of the best-known brands to prepare a delicious Cuban coffee are La Llave, Serrano and Turquino.

Inside and outside the island you will frequently find the popular Cubita coffee, which also has a chain of coffee shops in several Cuban provinces.

The varieties of coffee grown in Cuba are Arabica and Robusta, both of them are plantations that are still exported for their quality and strength. 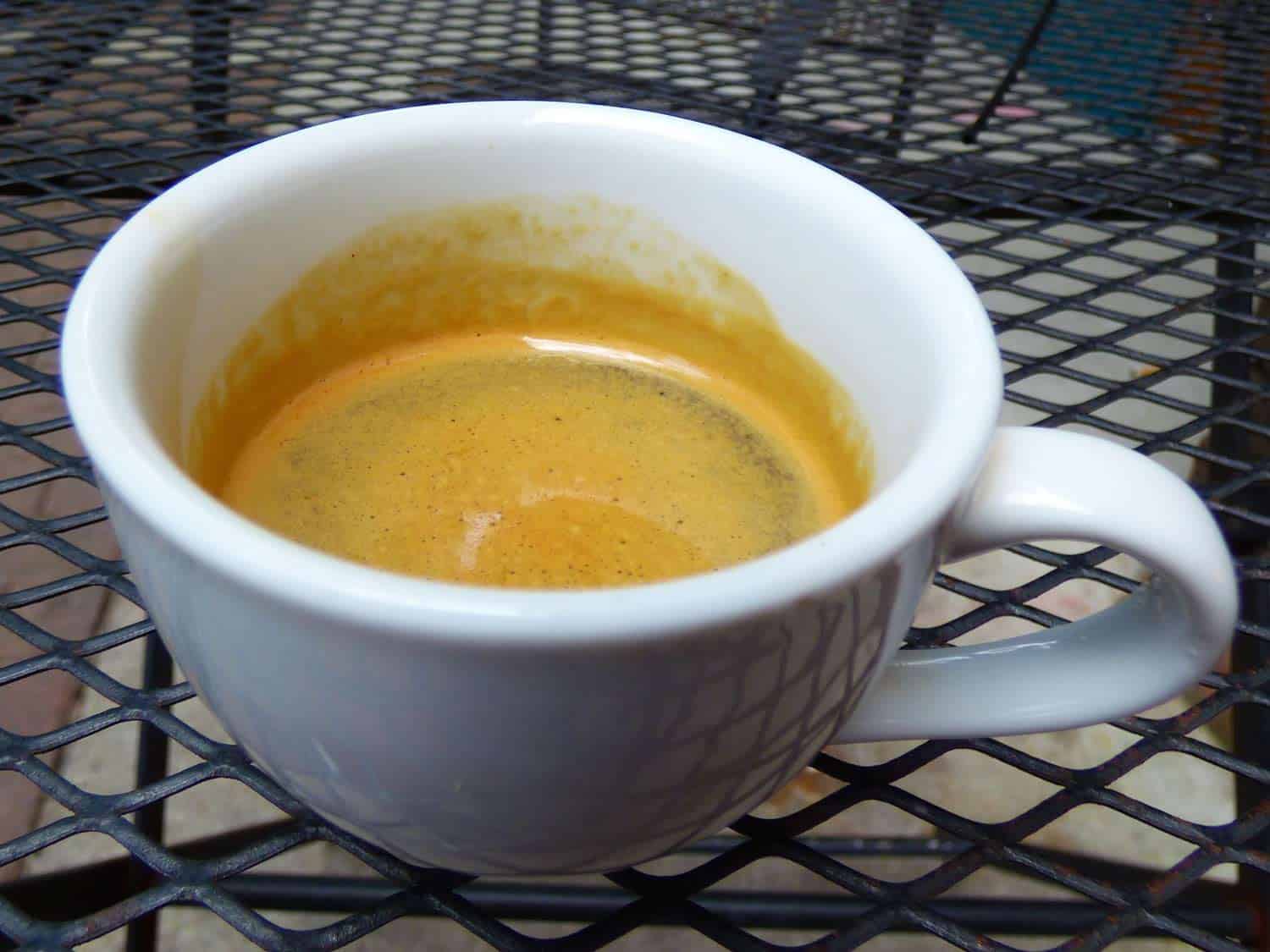 Prepare an authentic Cuban coffee, with a concentrated flavor and intense aroma that you will feel from a few meters away. We tell you the secret to make it perfect.

How to prepare authentic Cuban coffee

We put the ingredients except the sugar in the part of the coffee maker where they belong, the water in the bottom or heater, without exceeding the safety valve or bolt and the coffee to the edge of the filter that is placed just above, without tightening it.

Put each of the parts back in place and screw the coffee maker together again. Put it on the stove.

While we put the coffee maker on medium-high heat, we pour the sugar into a large cup or heat-resistant container.

We must have the coffee maker uncovered to be able to catch the first drops of strained coffee with a small spoon; this will be the trick to make it with perfect foam. The appropriate ratio is about one teaspoon of coffee for every 2 teaspoons of sugar.

We reduce the intensity of the heat to low and pour only a few drops of the first trickle of coffee in the sugar without soaking it too much to mix it very well until making a kind of paste, very thick.

Cover and let the coffee maker finish simmering, so the water will be in greater contact with the coffee and the flavor will be more intense.

Then we distribute equal parts of the sugar paste in the cups and finally, pour the coffee into the cups, you will see that a foam forms on the surface that is what characterizes authentic Cuban coffee.

And it is ready to be enjoyed, drink it when it is just made because that is when it is hot, the result is a perfect espresso, neither too sweet nor too bitter. 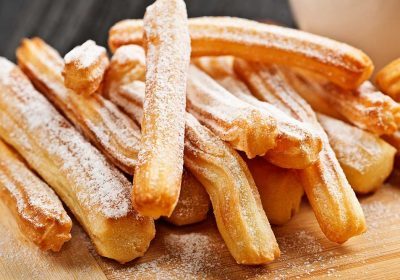